This webpage has maps of Preußisch-Eylau.

My aunt Edith lived in Preußisch-Eylau. She was the youngest child of my grandmother and the sixth of six daughters.

She was born on the 9. July 1918 and was therefore 18 years younger than my mother. She married young, with 23 years, and her two daughters were my age. I have no memories of her and her family and of Preußisch-Eylau during the war, but good memories of the whole family from the time after the war. The other sisters of my mother lived in the district Mohrungen and in the district Osterode and in Marienburg, and about these places I have brought maps on this website and will now also bring some maps about Preußisch-Eylau. 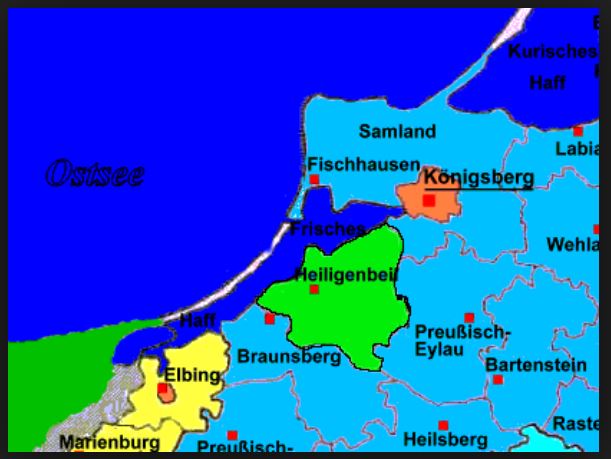 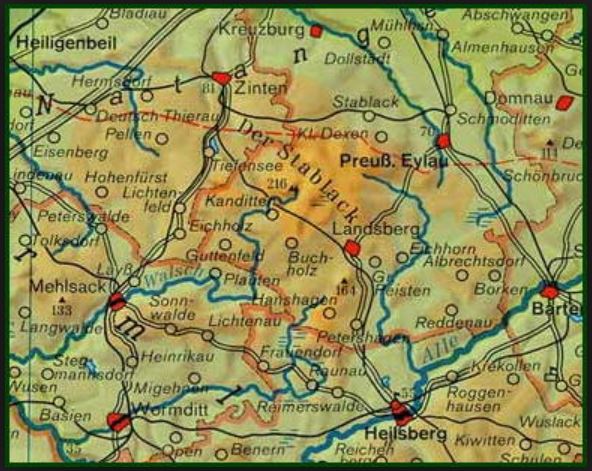 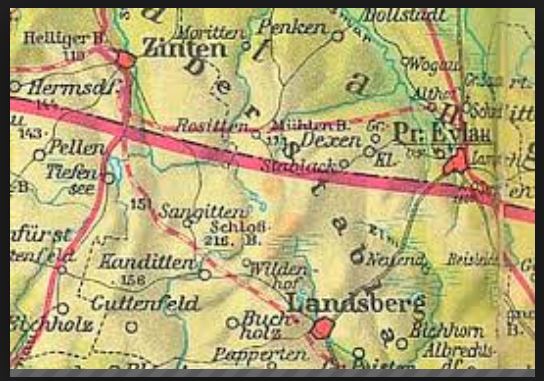 On this last map there is again a Rositten, as in the district Pr. Holland, Rossitten, but the well-known Rositten – with the bird sanctuary, ornithological station – is on the Kurische Nehrung.