The conquest of Germany 1945 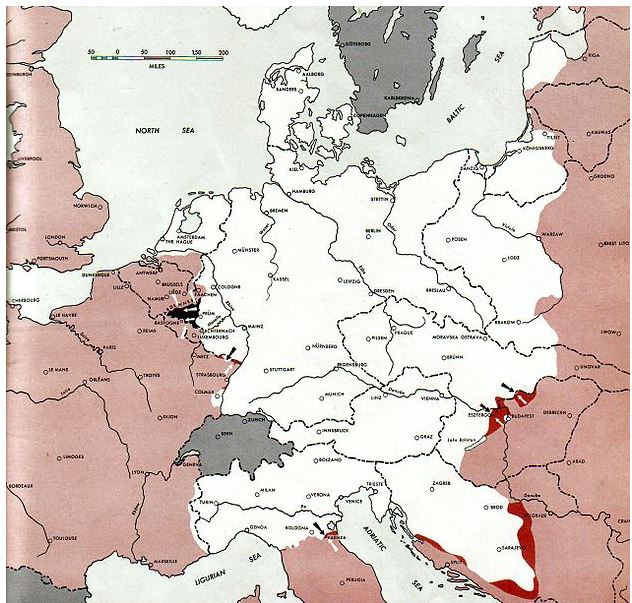 On this webpage ten maps are shown, of the first five months of the year 1945, January to May, on the first and the fifteenth of each month. 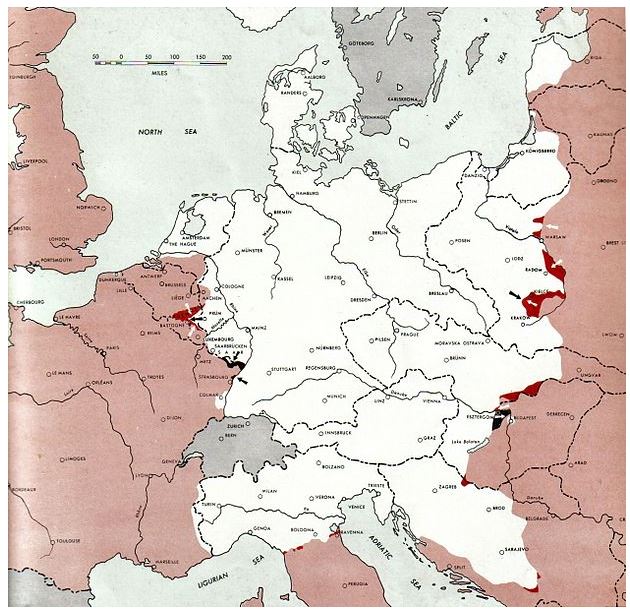 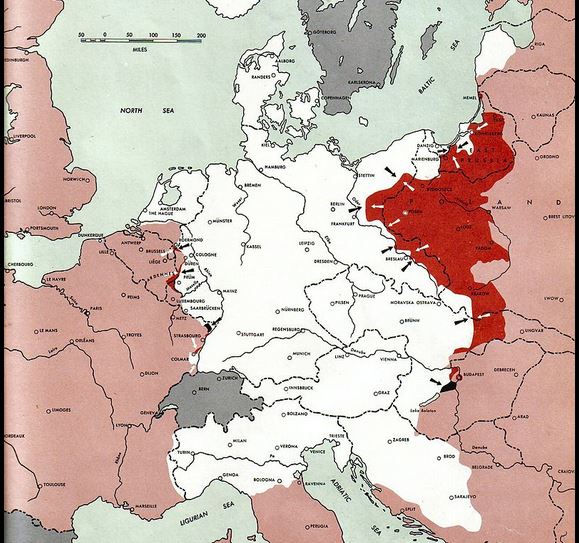 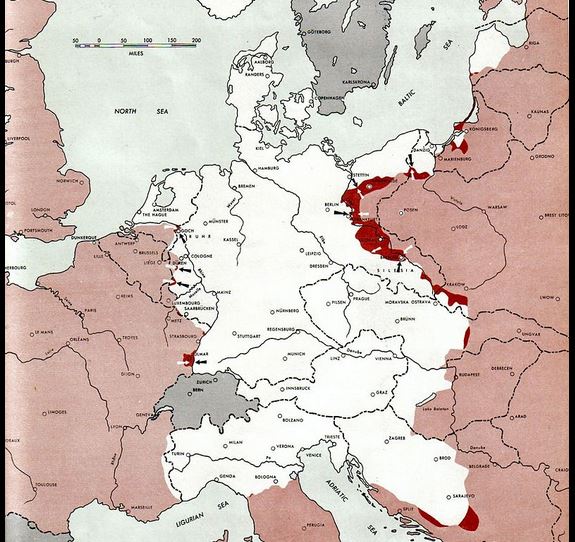 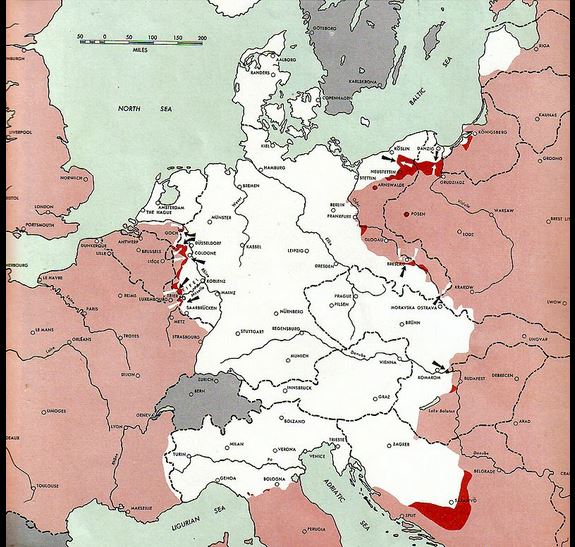 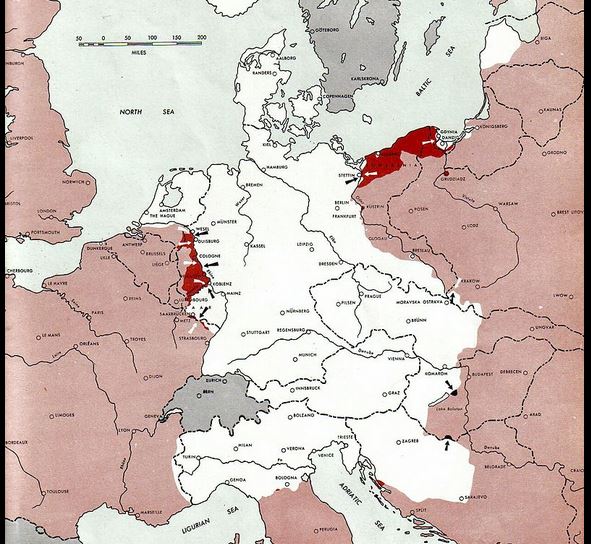 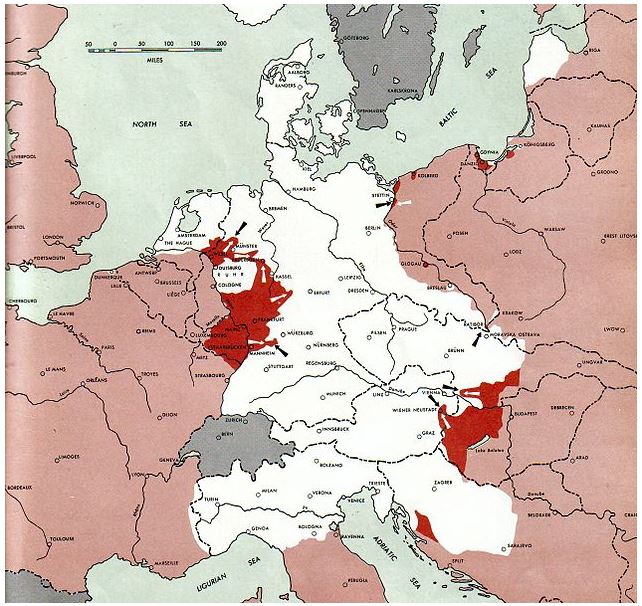 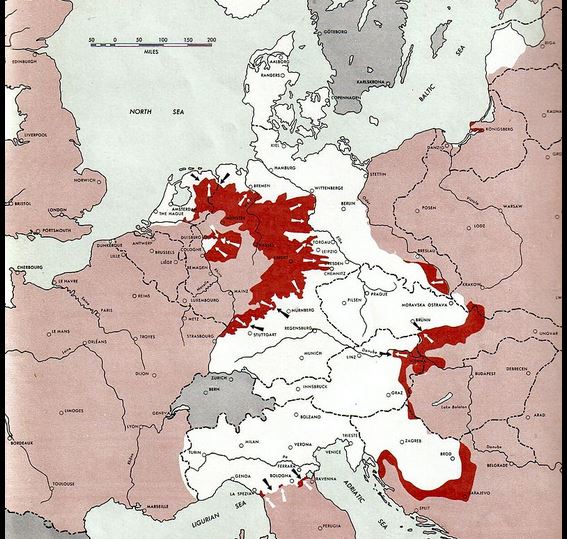 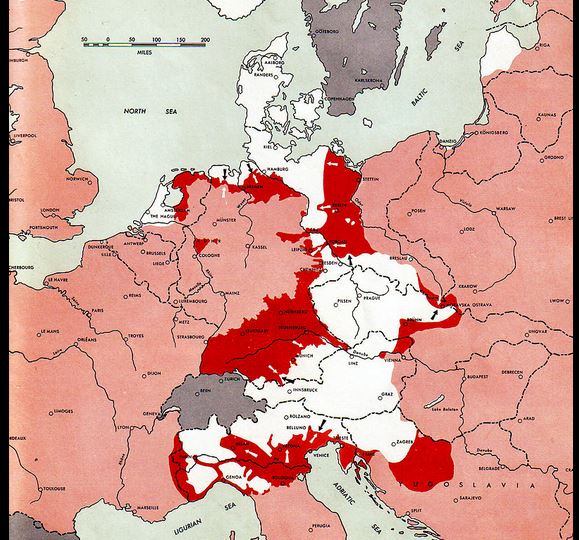 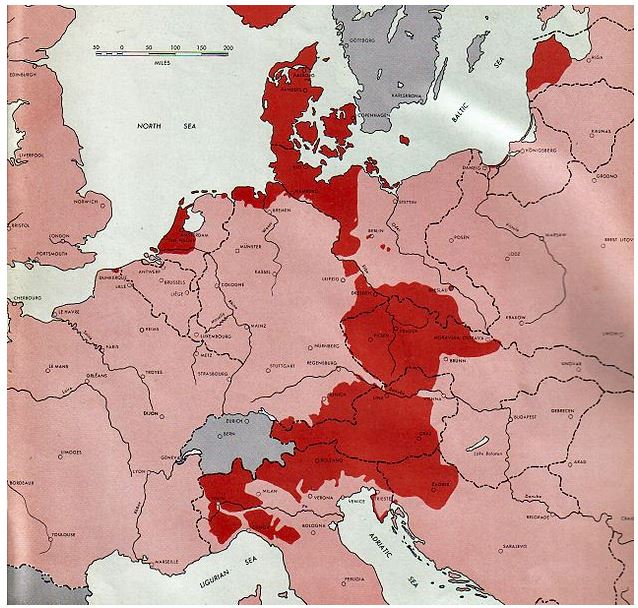 On all 10 maps the location of Berlin, Stettin, Danzig and Königsberg is shown.

The most northern part of the Weichsel delta is still shown white on the map dated 1. May 1945, and it is the only white place in East Prussia on this last but one map, 1. Mai 1945 and on the one before. The escape diary says: "Bruno Neumann arrived here this evening. He has been in deployment in the encircled area Danzig-Marienburg and has been wounded there at the arm. All his things, like letters, coat, shoes etc. have burned. On the 9. May he came into Russian imprisonment."

And this is an indication that this part of the Weichsel delta was not conquered by the Soviets, but fell to them through capitulation.

The map of 1. May 1945 shows a part of the Netherlands white, therefore not yet conquered area. At that time V-2 rockets where then still fired from there on England, therefore at a time after Dresden was bombed, 13-15.02.1945.

"The V-2 ... had the potential of flying a distance of 200 miles, and the launch pads were portable, making them impossible to detect before firing."

When Hildesheim was bombed on 22. March 1945, the firing of V-2 rockets was therefore still on-going.

In February 1995 I was in an office in Berlin and with me were two Englishmen and they discussed the bombing of Dresden. The one Englishman was of the opinion that the bombing of Dresden was a bad thing and the other was not of that opinion. The first Englishman said he would go to Dresden on the day 50 years after the bombing, with his wife and his three children, and take part in the remembering of that event. While these two gentlemen were discussing Dresden, I saw an English newspaper lying on a table and started to read it and there was a piece of opinion written there and the writer pointed out that at the time of the bombing of Dresden the Germans were still firing rockets at London and that for that reason he sees no need to apologize for the bombing of Dresden.

The escape diary says: "Sunday, 8.04.1945. In the morning 9 o’clock the first American tanks drove through Bad Salzdetfurth." The map of 1. April 1945 shows, that Bad Salzdetfurth is still white on that day, but on the 15. April 1945 No longer, and therefore there is agreement.

The map 1. February 1945 shows the encirclement of East Prussia, where we escaped from, and also the forthcoming encirclement of Pomerania between Weichsel and Oder, which is then shown on the map 15. March 1945, and from which we also escaped.